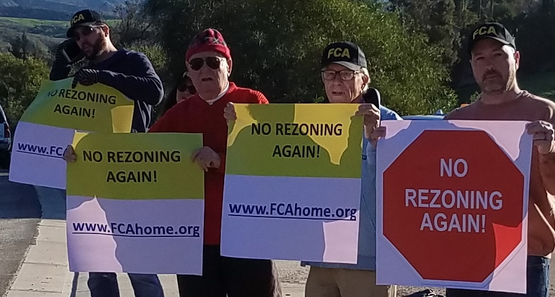 Cowan Heights homeowners have vowed to lobby against a 22-home development every Thursday morning until the developer agrees to follow the property’s legal zoning.

Cowan Heights is a neighborhood 444 years in the making. It all started in the year 1500, when Spanish explorers came to the coast of Orange County. The original lot size was 606,720 acres.

Almost 300 years later, a cadre of explorers investigated the interior, eventually settling Mission San Juan Capistrano, closely followed by the King of Spain, in 1810, granting a 22-mile stretch of land from the Santa Ana River, east to the Santa Ana Mountains, to Jose Antonio Yorba. Yorba’s family then sold that land in 1854 to Jose Antonio Andres Sepulveda, who lost it in a bankruptcy. A portion was bought by James Irvine in 1864, who subsequently sold a fraction of that to George Marcy in 1910, some of which was later sold to Walter Cowan in 1944; and with that, Cowan Heights was born. In 2017, it is a beautiful neighborhood of large lots and gorgeous homes.

Four-and-a-half centuries after the first tall ships touched the coast of Orange County, and 80 years after Walter Cowan began building on his dream, a developer is requesting a zoning variance in North Tustin that will negatively impact the area. While the area in question is zoned for one-half-acre lots, the developer’s proposal ranges from one-fifth to one-quarter-acre lots, significantly smaller than the existing zoning regulations in Cowan Heights.

Every family chooses the attributes that are most important to them when seeking out that perfect home, a weighting calculation, sometimes to the detriment of other desirable attributes.

Some prioritize schools, views, affordability, shopping, transportation or proximity to work. Some choose the distinctive design, architecture and large lot sizes that are unique to, and predominately found in, the North Tustin and Cowan Heights areas.

A very desirable attribute of North Tustin is the ability to have a residence with a large lot. Large properties are much more available in North Tustin than in neighboring communities.

If developers can rezone to double current zoning density, this desirable attribute is lost and cannot be recovered. All residents will suffer if developers are allowed to downgrade zoning laws.

Please join the FCA in opposing this proposal by signing the petition at fcahome.org/no-rezoning; and contacting Jane Rice at janerice@norezoningagain.com to request a yard sign or to find out more about the Thursday morning rallies.

Scott Logue is director of communications for the Foothill Communities Association. 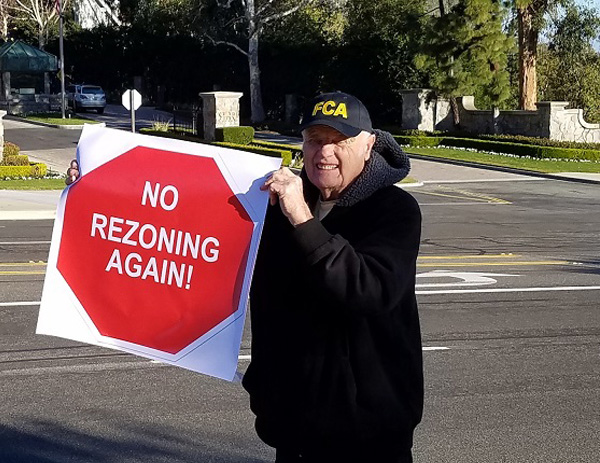 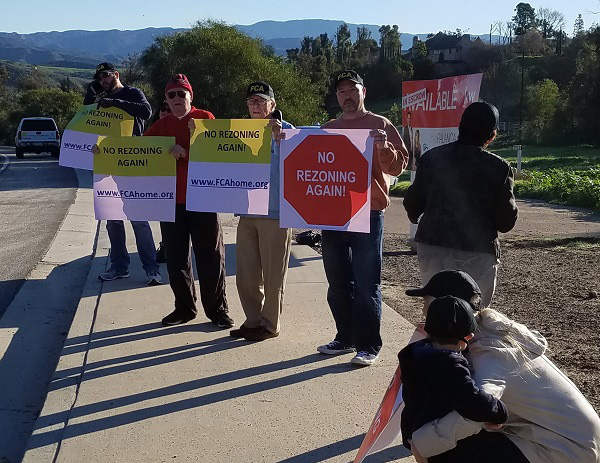 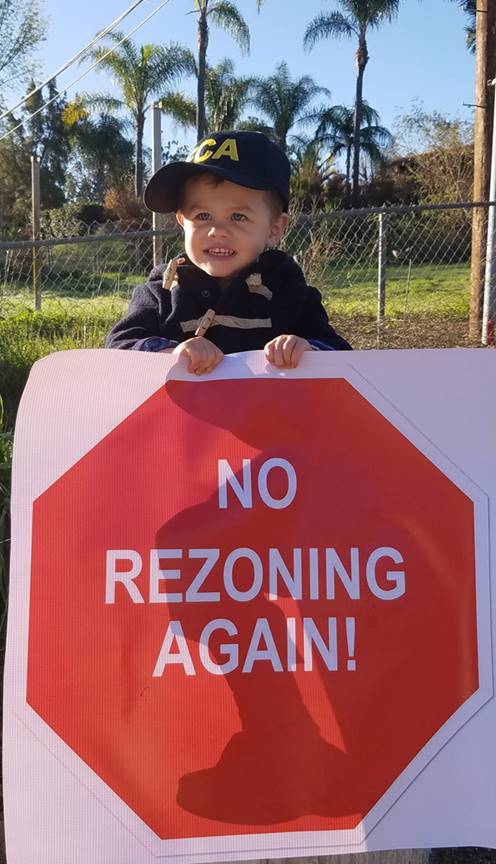