Life memberships are given to individuals who have provided exceptional service to FCA.  FCA curently has 2 life members:

Jane was designated as a life member for preserving three TUSD school sites (including Red Hill Elementary) during a period of declining enrollment during the 1980s and for selecting and promoting the name of Beckman High School.

Stephen was designated as a life member for his extensive legal work in obtaining the same benefits as Tustin City residents during the transfer of the Tustin Water Works to the City of Tustin and also for his legal work to avoid several attempts at annexation of North Tustin. 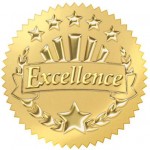 FCA Past Presidents
Scroll to top